Japenese knotweed is already causing huge damage under Irish homes and in gardens.

Potential house-buyers in our towns and cities, as well as our countryside, face hidden and costly post-purchase repercussions from an innocuous-looking non-native herbaceous plant. 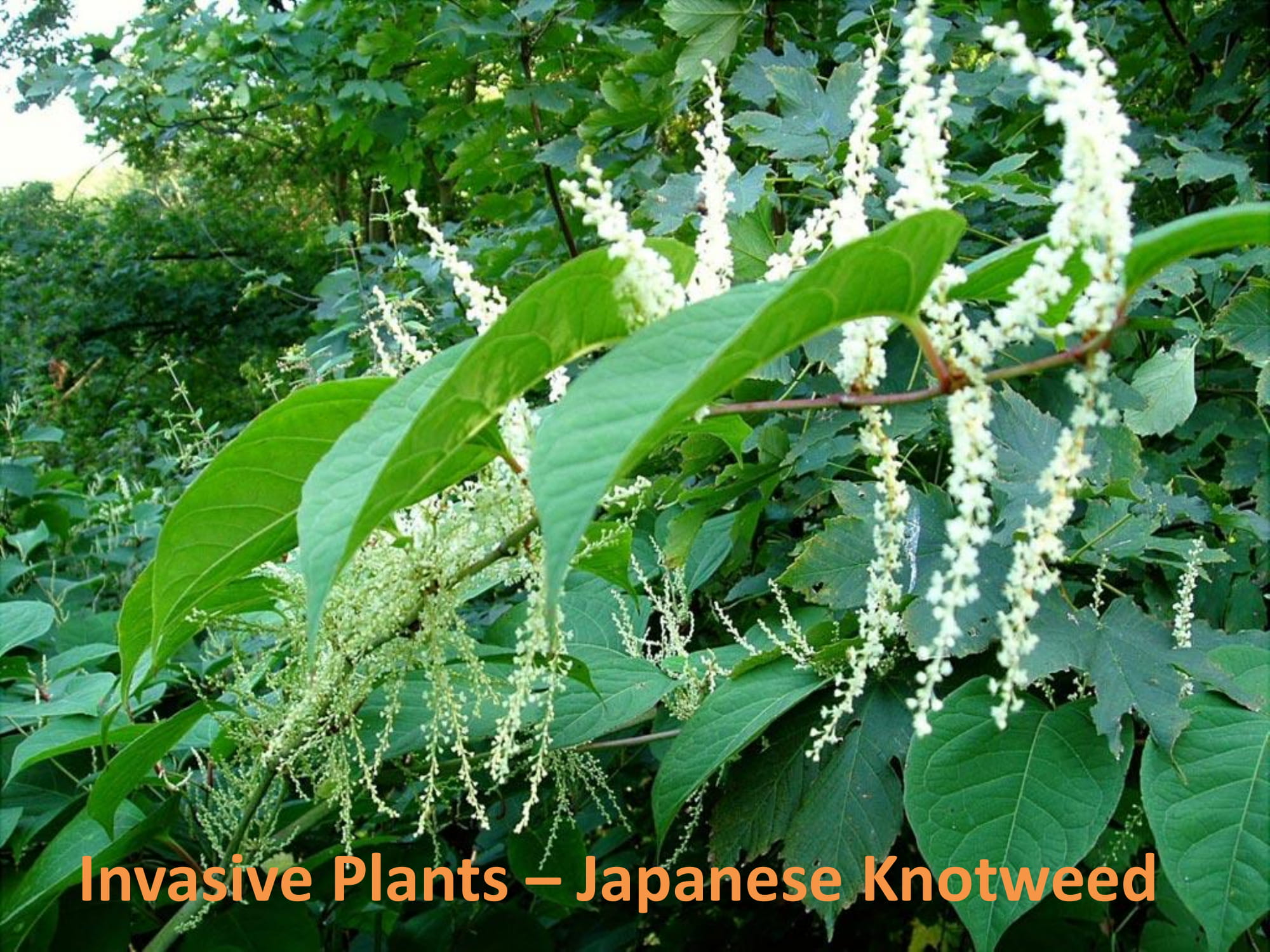 Botanist and ecologist Dr Frances Giaquinto says Japanese knotweed is a rampant threat now prevalent in every county in Ireland. In the last year she has seen dozens of serious infestations of the plant species in the gardens of private residences both in rural locations and in Dublin.

Giaquinto told this month’s annual conference of the Institute of Professional Auctioneers & Valuers that the invasive species is already causing huge damage under homes and gardens, and that clear national guidelines are required to tackle it.

She is calling for a similar code of conduct to be introduced here to that in the UK whereby estate agents are obliged to alert potential buyers to the problem.

“In addition to a building survey, people should also be required to get a land survey done before buying. But the key things is for owners not to conceal it, the spread has already been worsened by individuals’ attempts to secretly shift the problem from one place to another.”

Japanese knotweed (fallopia japonica) only arrived in Europe in the 1840s, and was brought from Japan by the famous German planthunter Philip von Siebold. It was first introduced into cultivation in the west of Ireland as an exotic ornamental perennial.

Its statuesque silhouette, handsome foliage, vigorous growth habit and popularity with bees (they love its flowers) meant that it quickly found favour with gardeners, so much so that by the early 1900s the influential English plantswoman Gertrude Jekyll was praising its “quick growing ways”.

But that very characteristic – coupled with a deep and extensive rhizomatous root system capable of undermining building foundations, roads, walls, bridges, railways and flood defence structures – is what has since led to it becoming one of Europe’s most hated weeds.

Reproducing vegetatively through its root system or via the dispersal of fragments of its fleshy, hollow stems, Japanese knotweed’s ability to quickly colonise fresh ground is notorious.

Just one small piece of plant material (as little as one-centimetre in length) is capable of forming a new plant with a root system that can penetrate the ground to a depth of 2-3 metres and spread as much as 7m. As a result, it’s often found growing in Irish gardens and parks (especially old ones), as well as on waste-ground, rubbish tips or roadsides, usually transported there Trojan-horse style via contaminated soil.

Small fragments of the plants can also withstand lengthy immersion in water, meaning that waterways are another of its favoured pathways of invasion. In Dublin, for example, colonies of Japanese knotweed can be found growing along the banks of the Dodder, Tolka, Liffey, Cammock and Santry rivers, as well as the Grand and Royal Canals.

In the UK the plant has long been classified as controlled waste, requiring a special permit for its transport and disposal. However in Ireland we’ve been slower to act; it’s only as a result of recent EU regulations on the control of invasive alien species (EU Regulation 1143 2014) that many local authorities are now taking the threat seriously, with Irish property owners obliged by law to take proper measures to control/eradicate the plant if it grows on their land.

Where it’s found growing within 10m of a property the owners are now also strongly recommended to take expert advice on assessing the risks it may pose to the building.

One Irish company with long experience of its efficient control and eradication is Tobin Consulting Engineers (tobin.ie). According to Daireann McDonnell, a senior ecologist with the firm, there are a number of different approved methods.

Repeated treatment over several growing seasons with a glyphosate-based systemic herbicide is one, although this should only be carried out according to strict guidelines (see pcs.agriculture.gov.ie/sud).

For those clients looking for an organically-acceptable method of control, and who are willing to play the longer game in terms of efficient control, repeated regular cutting back of the plant over a period of several years is also sometimes sufficient.

McDonnell says clients can often be unaware of the problem of Japanese knotweed until well into a build, which then creates further costly complications in terms of efficient methods of control.

“We might get a worried email containing a photograph of the plant, and asking if it’s a problem. But by that stage contaminated soil/plant material will almost certainly have been moved around onsite, greatly increasing the possibility of new plant colonies.”

He adds that architects are under no professional obligation to warn their clients of the risks of structural damage posed by Japanese knotweed growing on a site, or to advise that it be professionally treated. “Obviously a good architect will do so, but there’s no legal obligation.”

Most Irish property owners also are not aware that they are now legally required to obtain a licence from the National Parks and Wildlife Services for the safe disposal of Japanese knotweed plant material or of contaminated soil. The same goes for landscapers and garden designers, who can unknowingly (or knowingly in a small number of cases) transport soil or plant material out of contaminated gardens, further helping the plant to get a foothold in virgin sites.

Japanese knotweed is just one of a number of invasive alien plants that present a grave threat to the built and natural environment. Examples of other terrestrial species include giant knotweed, Himalayan knotweed and Bohemian knotweed, as well as rhododendron ponticum, giant hogweed, cherry laurel and Indian balsam.

As property owners/concerned members of the public we can all do our bit to help prevent their spread as well as assist in the control of established colonies by informing the relevant authorities (Invasive Species Ireland, the National Biodiversity Data Centre) when and if we come across them.

The first step in this process is correct identification. For a photographic aid as well as detailed information on their different growth habits, favoured habitats and approved methods of control, the first online ports of call should be invasivespeciesireland.com and biodiversityireland.ie. Other useful websites include npws.ie and botanicgardens.ie.

Increasingly local authorities (for example, Dublin City Council) have also drawn up plans for the effective control and eradication of these invasive aliens, which are often available to download from their websites.

Von Siebold may have lived in an era where the very real dangers of introducing potentially invasive species wasn’t yet apparent, but we have no such excuse.

Root Barrier C3 is a special triple coated, twin reinforced, polyethylene membrane – offering the strength and durability of a ground engineering fabric with the impenetrability of a geomembrane. The fabric is also highly resistant to natural acids, alkalis, bacteria and fungi

Root Barrier C3 is a tough, flexible and puncture resistant barrier which is highly resistant to root penetration and designed to protect structures and services from tree root damage, as well as controlling the spread of invasive plants (Such as Japanese Knotweed, Giant Hogweed, Mares Tail and Bamboo).

The fabric is also UV stabilised and highly resistant to natural acids, alkalis, bacteria and fungi.

Furthermore, Root Barrier C3 can be supplied in rolls up to 4.00m x 100.00m long, as a special order, to reduce laps and the membrane can be site welded to form larger sheets with improved joint integrity.